WizOf.Biz, in sponsorship with KPMG Enterprise, recently hosted a successful networking event called Business Wisdom Beyond Dragon’s Den. This was a chance for SME’s and entrepreneurs to network with some of the best minds in the industry.

One of the main attractions of the event was the engaging Dragon’s Den panel which WizOf.Biz CEO Reg Charney and its business mentors have invited to speak at the event. Attendees were given  the opportunity to ask questions of Dragon’s Den alumni as well as walk away with practical tools and advice on appearing on CBC’s Dragons Den. Most, were eager to learn what to expect when facing the Dragons.  They also learned a lot about the wisdom contained in their organizations and the ways in which Wizof.Biz can help them unlock this wisdom and grow thier success.

Heidi and Ron Kuus, from Kuss Inc. were amongst the panelists presenting that day. They have given WizOf.Biz the go-ahead, to include this letter on our blog. Heidi, wrote it back in 2009 reflecting in a very candid way,about their experience on Dragons Den. It is filled with insights and advice that can help businesses that are preparing for, or are considering appearing on the Den increase their chances of success.

This is a letter that I wrote to myself back in 2009, a year after we had been on Dragon’s Den. I thought I would share it with you and any new potential Dragon Den presenters.  It’s a great insight into the process and the value of wisdom in business.

You know that old proverb, “you can wait until the Cows come home!” Well, I can state as a fact, Brett Wilson’s cow has come home; Brett literally has a life size cow in his front waiting area of his office in Calgary.

Well as you know my cow has not come home, it has been over a year since we auditioned for the Dragon’s Den and presented our product line Mosquito Shield Insect Repellents. It was an exciting time, preparing, practicing and trying to second guess what the Dragons might ask us, such as, “what makes your product so special?….you’re just a me-too product?….you only have XXX.XX dollars in sales?!”

When there are billions of dollars in net worth amongst the Dragon’s, a measly couple of hundred thousand in sales seems so unspectacular.

We had the same nightmare thoughts that probably everyone who presented to the Dragon’s had (and some presenters that probably should have had but obviously didn’t)…. that our idea was just “nutty” and we were going to win the “crazy chicken” award bestowed by Kevin O’Leary. (Luckily we didn’t win that award!)

There is a great Chinese proverb, “I got where I am because of luck and the harder I worked the luckier I became.” In my experience I have found this to be true…we knew the rules of the game, we prepared well, thought out our strategy, we knew our product, we even asked a good friend to be a Dragon and grill us…put us through the paces. We put in the time and effort to show that our years of experience actually did rub-off…. that we had learned from our mistakes and benefited from our successes…blah…blah…blah…blah.

“Why did you audition for the show if you are sooooo successful?” you may ask.

Well to that I would answer, “we are Entrepreneurs!…yes….blatantly always looking for creative, inexpensive (ok cheap) ways to flog our new products and ideas and find new cash for those ideas……cap that with guts (Ron has the lion share of that), perseverance, (some formal education doesn’t hurt either)…..but most importantly PASSION for what we are flogging…..that… my… friends…. is what makes an entrepreneur! No doubt there is the good, the bad and the ugly in entrepreneurial characteristics and I think I can safely say that we have already seen most of the bad (but very entertaining) on the Dragon’s Den episodes. But I digress…….

In the end, we were “lucky” enough to score a “show deal” with two of the dragons, Brett Wilson and Arlene Dickinson! Yes! $400,000.00 for 33.3%. Even during the presentation to the Dragon’s they didn’t say just 33 percent…. but 33.3 percent. The rich know that each cent counts, you only have to look at your latest bank statement to see transactions of .03 cents debited from your account!!!

Well again…. it was an exhilarating experience…and based on how the show was edited (lots of creative licence taken), it looked like in 1.5 minutes (that was the amount of air time we had) we managed to convince two of the Dragon’s to become partners and Kevin even said something like “great packaging”!

It was a “Once Upon Time Story”, business finds its investor and everyone lives happily ever after……….The End!

But this is actually the beginning of this story because there is a “fairyland” it’s called the “show deal” and then there is the “real deal” that resides in the real world.

The real deal is that we presented Mosquito Shield product line to the Dragons for well over 1.5 hours…they peppered us with many investor type questions… We had a nicely planned presentation…I was the first speaker with the introduction of who we are and what we wanted and Ron was going to continue with what products we had etc. benefits, marketing, sales, product differentiation etc. However, Kevin rammed right through our very nicely planned presentation with, “What makes your product so unique…you’re just a me-too product?” basically immediately putting us on the defensive, trying to derail the flow of the presentation…but…hah! …we were prepared! We were relatively comfortable in front of the Dragon’s, they didn’t ask us anything we didn’t expect and had not thought of…all-in-all we thought a job well done. Well enough that we got a “show deal”.

But the reality of the show is if the Dragons wanted to, they could say “yes” to absolutely everyone that presented on the show because they are not really committed to any deal! There are so many ways to uncommit from the show deal. They can say, “I have changed my mind (no explanation is required) or during due diligence there was something that did not work for them.”

Plus, you are not just presenting to the Dragon’s, but, just as importantly to the Dragon’s producers who make the decision on which presenters to actually air on the show….after all it is a “show”!

OK….yes, after getting the show deal, in my mind, I had already spent all the money promised us on the show ….and I am not talking about a new car or diamond earrings for me …..I’m talking about growing the business so that from success I could choose to eventually buy a new car or diamond earrings for myself. By the way, it was hard not to notice the diamond tiara like necklace around Arlene’s neck….very nice indeed! But back to reality…maybe I will be “waiting until the cows come home” to see if we have a “real deal”….but the truth be told, I would wait!

As a postscript to this letter many exciting events and growth has happened since our presentation on Dragon’s Den. In 2013 PROFIT 500 ranked Mosquito Shield (KUUS Inc.) as one of Canada’s fastest growing companies.

Image is used via Creative Commons.  Thanks to Maciej Lewandowski

Wizof.Biz with the support of KPMG Enterprises ran a stellar event on July 24, 2013, bringing together a incredible panel of Dragon’s Den alumni.  It was an amazing success!  Here are a few of the photos that were taken that day: 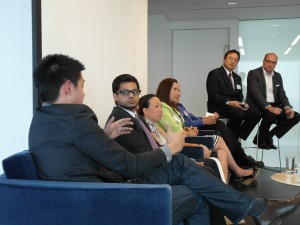 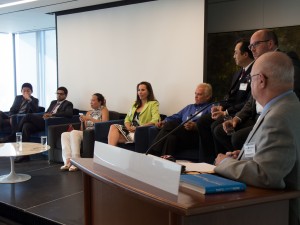 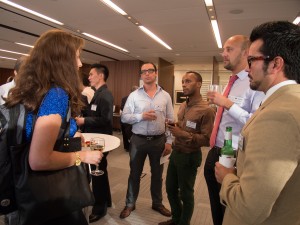 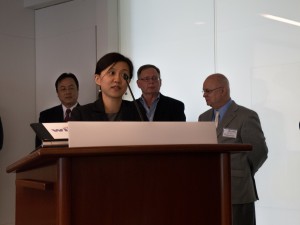 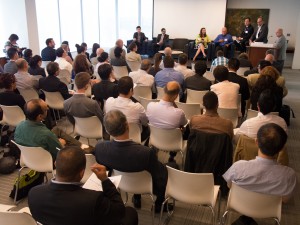 5 Tips to Get Your Pitch on Dragons’ Den CBC’s